How to Deal with Artillery Fungus 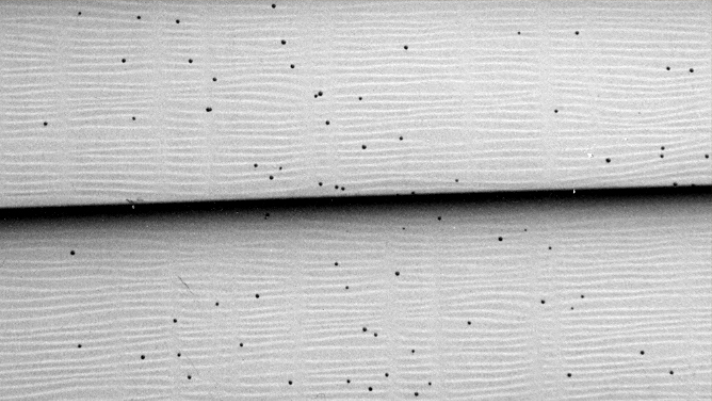 Artillery Fungus on Your House

If you’re someone who enjoys gardening, you’ve probably used mulch at some point in time. If you live in a humid climate, you might have seen black spots “shotgunning” the side of your house, your deck, or your car. The spots can be annoying, unsightly, and difficult to eradicate. Unfortunately, you most likely have a case of sphaerobolus stellatus, commonly known as artillery fungus.

What is Artillery Fungus?

Artillery fungus is a mushroom-type fungus that is cream or orange-brown color and shaped like a small cup and contains a spore mass. The mushroom opens and “aims” at bright light sources (such as reflection off of light colored siding) and propels the spore mass toward the light, thus earning it the name “artillery” fungus. The spores can be shot as high as a second story of a building.

Can You Get Rid of Artillery Fungus?

There are a few things you can do if you discover that your siding has artillery fungus on it.

Artillery fungus is notoriously difficult to remove but it is sometimes possible, especially if the spores haven't been on the siding for too long. You'll need a scrubber, magic eraser, and a putty knife or scraper.

Another option is to call a cleaning company, such as Agent Clean. Artillery fungus is very difficult to remove, however, so many companies may be hesitant to take the job. Likely the results won't be guaranteed due to the number of factors and liability involved.

Agent Clean will use a combination of heat, high pressure, and scrubbing to attempt to remove the spores, while working to ensure that there is little to no marring of the surface. This process can be timely and expensive, and requires prior assessment. If it appears that the fungus cannot be removed safely, we will inform you immediately.

By far the best method to dealing with artillery fungus is preventative measures. This helps avoid the risk altogether, and is considerably easier than the remedies above.

If you have mulch near the siding of your home, be sure to turn it daily to help keep the growth of artillery fungus at a minimum. Certain fungicides can also be used at your discretion and according to the manufacturers instructions and warnings. Black spots from Artillery Fungus can be a real problem. Check your mulch for these little troublemaker. For all the other exterior cleaning services, give Agent Clean a call.

Top Tips for the New Year

How to Get Ready for Thanksgiving

Tips for Throwing a Halloween Party

How to Get Ready for Fall

Are your Windows Ready for Fall?